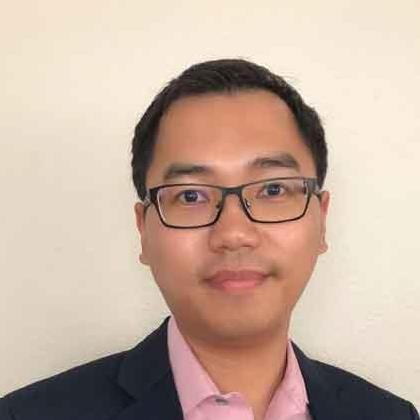 As a software engineer, you have to be agile and expect a fluid process, says Mark, Software Architect with the Schlumberger Geophysics Technology Center in Houston, USA.

Mark starts most days by reviewing the coming tasks and issues. His team has a daily standup meeting where they communicate their progress and set a plan for the day. After that, Mark gets down to work, tackling the day’s coding tasks. “Sometimes I do this myself, but more often it involves discussion, meetings and programming with team members. Coordination and communication take a considerable chunk of my time.”

Interacting with others is what makes the job especially interesting for Mark, whose team includes engineers from Denmark, Germany, India, Mexico, Italy, Japan, China, France, Romania, the United Kingdom and the United States. “The different viewpoints on a problem, different ways of approaching a solution, different styles of interaction—it has been eye-opening to see how people from diverse backgrounds can collaborate so effectively. This has contributed significantly to my personal and career growth.”

Diversity was a major draw when Mark was choosing Schlumberger for his career. His training confirmed that he made the right choice. The most valuable part of the training, he says, is that it brings people from different locations, functions and disciplines together. “I learned from my colleagues as much as from the instructors, because all of them have fascinating backgrounds and lots of interesting stories.”

“Training at Schlumberger is designed to cultivate future leaders.”

Mark’s training included technical subjects as well as leadership skills. “Training at Schlumberger is designed to cultivate future leaders. You’re not treated as a tool, but rather as a core asset.” In addition to official training, Mark draws on Coursera, Udemy and TED to augment his knowledge and skills. He’s studied Web development, security coding, public speaking, business writing, and engineering leadership, to name a few.

Mark feels lucky to have had five “super wonderful” direct managers. What differentiates them? “They really care about the people on their teams. They try to grow talent as much as manage people. They’ve guided me a lot in my career growth and personal development.”

Mark’s greatest satisfaction comes from feeling that he is making a positive impact. “At the macro level, my work contributes to a better world by helping people get access to energy in a more efficient and sustainable fashion. On the micro level, I am helping my team, my colleagues, my managers, and my clients to achieve what they are aiming for. Any work I do has an intrinsic meaning and value. That makes me become a better person every day.”

To new recruits, Mark says: “Stand tall. You get a great chance to make an impact here. Seize the opportunity and do something you’re proud of.”