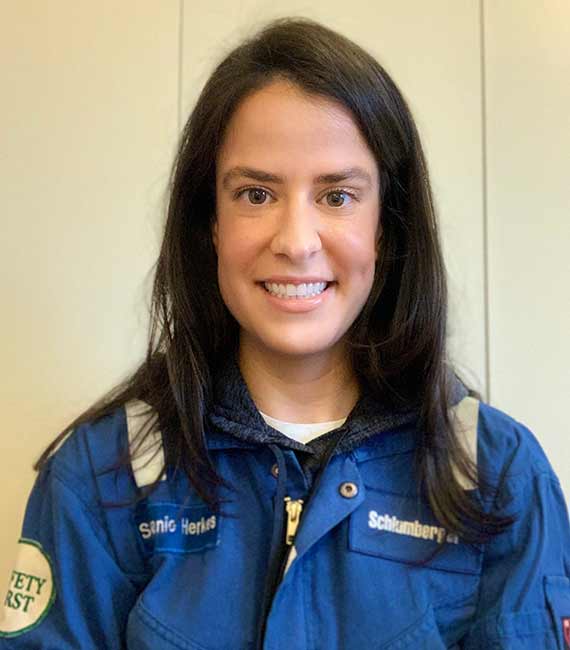 Field Engineer
See where your talent could take you. Ask for what you want

Stephanie has learned to be her own best advocate, and she’s found many supporters and mentors along the way.

A few years ago, Stephanie heard that a number of her university pals working in other industries were going back to school or switching fields in an effort to move ahead in their careers. The contrast struck her. “I realized that I could move from working as a field engineer with a background in mechanical engineering to sales or management or HR, and Schlumberger would fully support and even encourage that.”

Stephanie joined the company in 2012, and says it’s been an amazing journey so far. “I’ve lived in Mexico and Trinidad, and worked in the US, Qatar, Colombia, Guyana and Suriname. Since I work on rotation, I have large chunks of time off to travel when I’m not on the rig.”

It’s not just the sightseeing that inspires her. Stephanie is still in awe of the technologies she works with. “It never fails to amaze me what our tools are capable of. If I drop my phone in the ocean for two seconds, it dies. But offshore, I send tools over a thousand meters through the ocean and another several thousand meters through hard rock under high pressure and high temperature, with constant shocks and vibrations. And I maintain communication with them from a drillship floating above! This job has definitely made me hold other technologies to higher standards.”

"There are many allies who want to see more women in the oilfield. I’ve been in this industry for less than a decade, and I’ve already seen so much progress!"

Besides excitement, working offshore can present challenges, especially for women, Stephanie acknowledges. “It can be an isolating feeling to work 28 days offshore when you might be the only woman on the platform.” “But there are many allies who want to see more women in the oilfield. I’ve been in this industry for less than a decade, and I’ve already seen so much progress!” Most women are happy to step in as mentors, she says. “Take advantage of that.”

Asking for what you want factors large in Stephanie’s personal credo. At first, she often didn’t ask for things like special training or support working towards a promotion. “I know now that if I had asked I would have either been told ‘yes,’ and thereby achieved my goals even faster, or ‘no’ and survived. I truly believe that 99% of the time I would have been encouraged. It’s amazing how much support you get if you just ask!”